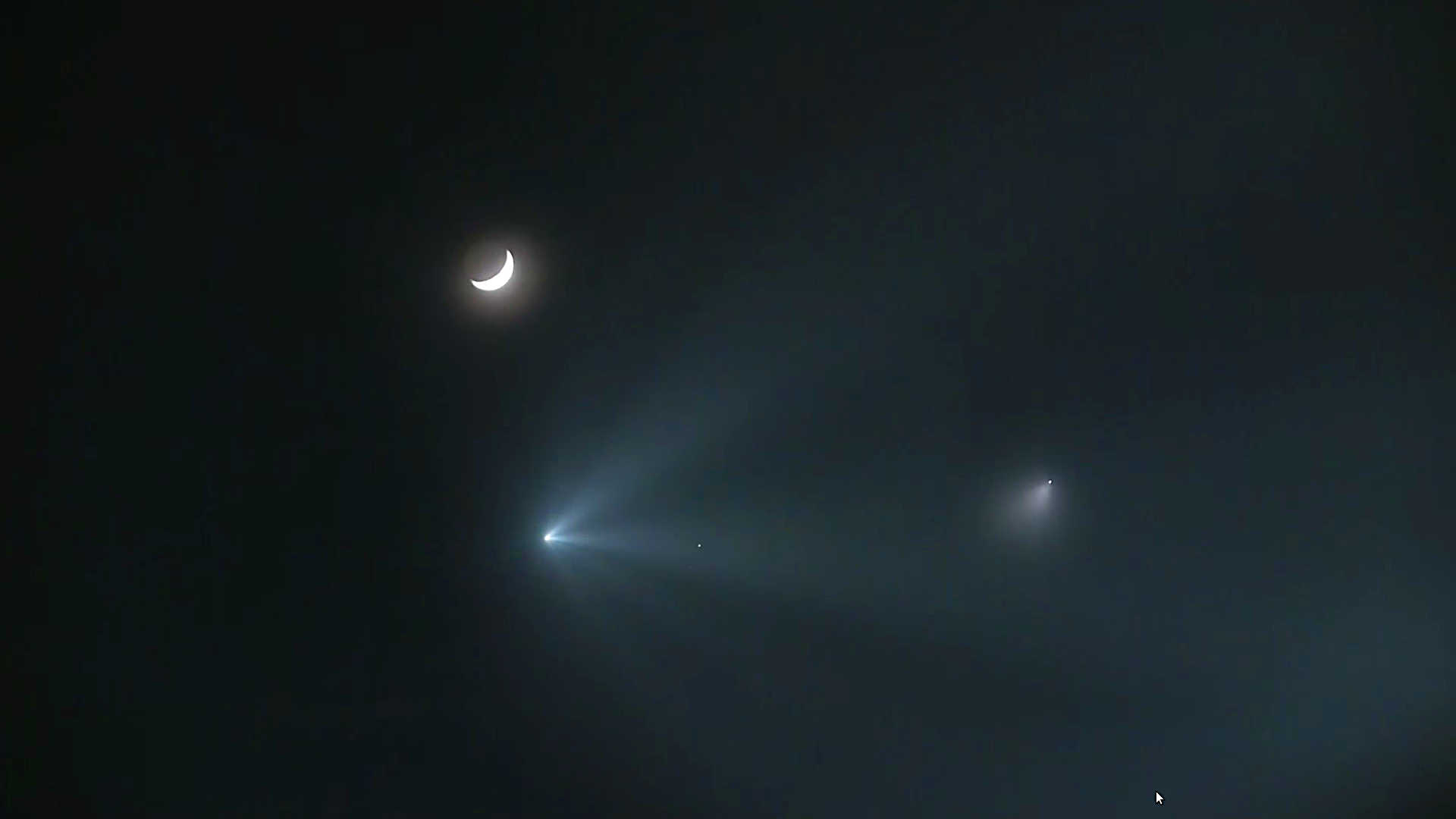 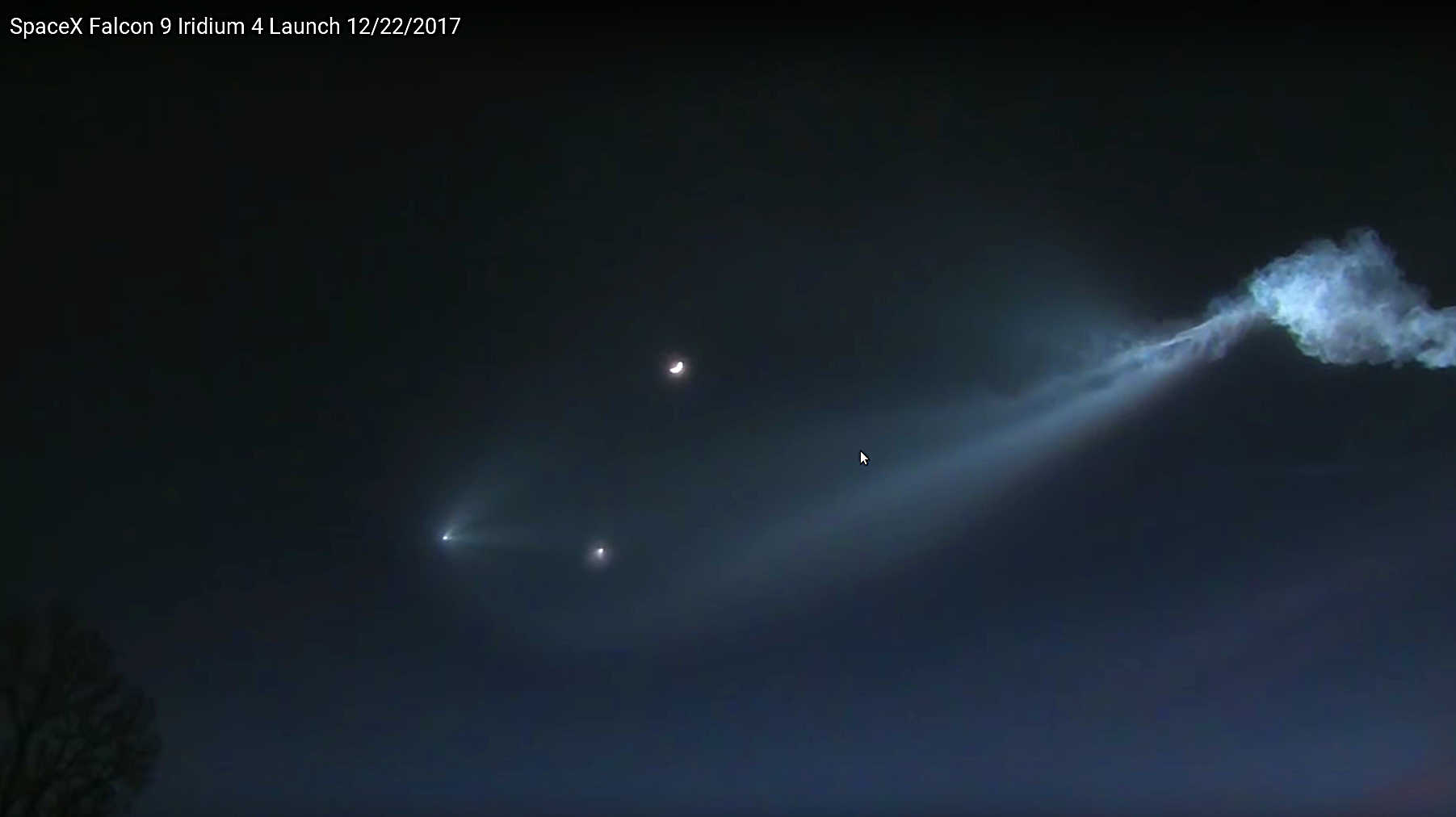 These are a couple of frames from a recent launch of an Iridium 4 satellite on a Falcon 9 rocket.  I have seen many such launches of rockets and missiles but there are various aspects of that puzzle me and I am also curious about this specific satellite.

First to the more general question, when you see a rocket or missile launch initially the exhaust plume diffuses outward as one would expect.  But once it gets to a very high altitude, the exhaust plume transitions from diffusing outward indefinitely to where it initially diffuses outward then riches a maximum and then seems to come back together further back from the rocket.  This particular image is a bit messy because a stage separation has just occurred and the stage that just separated seem to give off these smoke rings then did some strange things and I’m not familiar enough with the rocket to know what all is going on.

I’ll admit my interest in rocketry is somewhat limited because of an encounter I had with a landed craft 49-1/2 years ago and beings that definitely weren’t from Kansas nor anywhere else on this planet.  Knowing one could never get here from another star system or to another star system from here with rockets, I’ve been much more interested in their technology and what makes it possible.  Jack Sarfatti commented on a previous post (a comment I will publish shortly) with a URL describing the physics by which these creatures are arriving here.  It’s heavy on math so going to take me a while to digest (not my strong field) but the comment will make it available shortly.

None the less, I am interested in what physics in the upper atmosphere would make the plume initially expand out (as expected) then come back together (as not expected) leaving a relatively straight narrow trace behind the rocket much different in nature than in the lower atmosphere.

Second, I am curious about the specific satellite being launched.  My understanding of Iridium is that it was originally a planned series of 77 satellites (hence he name), then got cut back to 66.  The idea is these low Earth orbit satellites could relay data and voice world wide without the latency associated with geosynchronous orbits.  My understanding is more than 4 of these are already up and have been for some years so I am curious why the naming of this particular satellite is iridium 4?  And since they changed from the original plan of 77 to 66, shouldn’t they have renamed the constellation Dysprosium?