This is the old tower where KCIS, formerly known as KGDN 630AM, and KCMS formerly KBIQ 105.3 FM, used to transmit from at the Kings Garden campus, part of Crista Ministries, in now Shoreline Washington.

In the early 1970’s, KBIQ was one of the most powerful FM stations on the West Coast, transmitting with an effective radiated power of 240Kw. Now they are transmitting from cougar mountain with a mere 54Kw.

The AM station used to be daytime only, and that massive tower had a seemingly small (compared to the tower) ceramic insulator at the base supporting all that weight but insulating it so that it could serve as an AM transmitting antenna as well as a tower for the FM antennas.

I do not know if the insulator is still there. It can no longer serve as an AM antenna because a directional array was required to protect other stations at night. I wasn’t able to find a public vantage point where I could see the base of the antenna anymore.  And they have a plethora of other antennas on the tower that didn’t used to be there, cellular antennas, microwave antennas, and others. 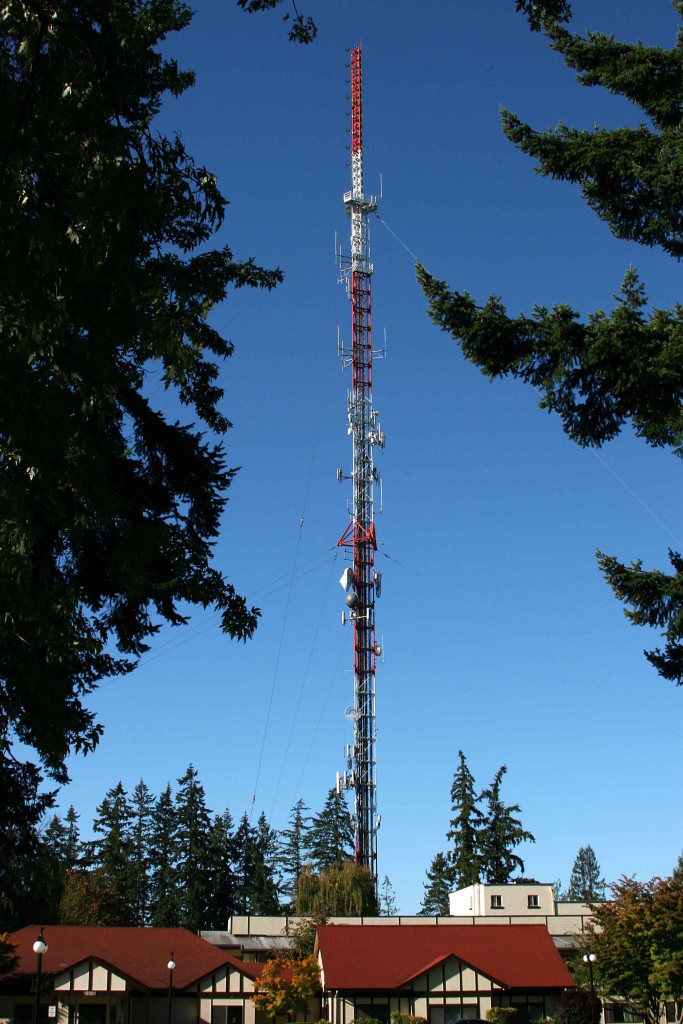