Even after his death Steven Hawkings continue to haunt us with String Theory, and still just as while Richard Feynman was still alive, String Theory continues to be, “Not even wrong”.  People let it DIE already so we can move on to something that actually makes usable predictions.

Theories that agree with existing observations but make no new testable predictions are as Richard Feynman said of string theories, “Not even wrong”.  You have to make a testable prediction to test a theory.  Until that happens what you have is not right or wrong, it is only completely useless. 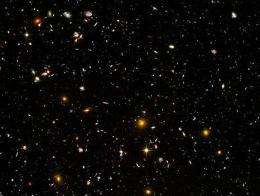 In our universe, as time moves forward entropy increases.

I think most of us assume that this increase is constant over time, but is it?

I’ve pondered over how the Garden of Eden could exist physically, or how the new Heaven on Earth will exist and the only way I can envision a world without rot and decay and in which predator doesn’t have to eat pray is a world totally lacking in entropy.

Such a world, such a universe, would be totally ordered perfectly by God and that order would never decline, ever.

I wonder sometimes if our assumption that entropy is constant is correct?  We measure time using among other things, the rate of radioactive decay and that seems pretty constant, but perhaps if we watched long enough it wouldn’t be constant.  That would really screw up the science of radio-isotope dating.

But have we any proof that entropy remains constant, that a radioactive material will always and forever decay at the same rate?  Do we know what governs that rate in any absolute provable way?

Perhaps our assumptions are wrong and then anything we think we know about our ancient Earth or universe is also wrong, at least as far as the timeline goes.

In virtually every major computer operating system out there, Windows, MacOS, and Linux, the trend is to try to produce one interface that works on all devices.

I question the wisdom of this move.  A desktop environment with a three button mouse, a large non-touch screen, and substantial CPU and disk I/O is a world away from a Smart phone, with a tiny touch screen and no mouse that uses gestures to control it.

As primarily a desktop user, I find the touch oriented interfaces annoying and generally useless.  I find it annoying when an application won’t use 1/4 of my screen because it also has to accommodate a smart phone.

I find it REALLY annoying when vendors like Microsoft FORCE it upon you.  People who bought Windows-7 which provided a good desktop interface are now being nagged into Windows-10, and if they go with this nag they find they are now locked into their hardware.  If they decide to upgrade their motherboard, guess what, gotta purchase a new copy of Windows 10.

And then there are the folks whose hardware is not up to running Windows 10, but Microsoft thinks it is, offers them an upgrade which renders their machine inoperable.  I’m in the process of trying to restore a customers machine that was recently victimized in said manner.  Website said it was a device (display) driver issue, but as it turns out even the built-in vga drivers in Windows 10 don’t work on his hardware and there are no compatible display drivers available.

Funny thing is, Ubuntu Linux 15.10 boots and operates on his hardware just fine but he is brain-washed like most Microsoft customers and not willing to make the switch.  So back to Windows 7 we go.

If the many worlds (or many interacting worlds) theory of quantum mechanics is correct, then every time there is a decision point, a possibility of something going one way or the other, including our dying or not dying, the entire universe bifurcates into two, one in which the event goes one way and one in which it goes the other, including our dying or not, and we also bifurcate with it, one copy of us goes with one universe, the other with the other, and in the case of dying or not, one copy of us always lives on.

So in some copy of the universe, there will be a copy of us, a version of us, that is immortal.

If we look at something, it appears physical, made out of some stuff.

The stuff of course is made of molecules, combination of atoms which bind together by exchanging electrons or by electrostatic forces.

These particles, if we try to observe them closely we find that we can not determine both their exact velocity and location simultaneously.  This is because particles have a dual nature, they also have a wave-like nature and it is that wave-like nature that makes it impossible to determine exactly where a particle is and know it’s velocity simultaneously.   We can only get probabilities of where it is likely to be, the wave seems to be a sort of probability wave.

And that wave isn’t really physical stuff, it’s a perturbation in some sort of field.  And what exactly is a field?  Well, it seems to involve some kind of force but no actual substance.

So here we are, the substance of our being really quite an illusion, or at least our physicality in the way we normally think of it.  Instead we’re some kind of complex waves in a number of fields, that somehow is able to think, comprehend, even create.

Personally, I think we are all just God thought, and if God stops thinking about us, forgets us, we cease to exist.  Fortunately, God doesn’t suffer from ADHD or we’d all be toast.

Just read about a new polymer jet fuel additive that forms super mega molecules that inhibit misting in a crash but not in a jet engine and thus reduce explosion and fire hazards if a crash occurs.

What it doesn’t state is what the combustion products of this stuff is, what effect it will have on the environment, and oh are the chemtrails people going to go ape shit over this!

I think we need fusion reactors small enough to power big aircraft and get away from burning fossil fuels and throwing a huge amount of carbon dioxide into the upper atmosphere where it does the most damage.

But seriously, aside from the fact that this will no doubt induce cancer in any living organism it touches, the chemtrails folks are going to have a riot over this.  Surely this is being engineered for mass mind control, what other possible reason could their be.

Already, just because I posted a couple of pictures I took of iridescent clouds I have people telling me it’s the result of chemtrails.  No how about ice crystals.  And it’s not a new phenomena but people being what they are, generally ignorant and paranoid, it’s bound to cause a stir.  I still got a couple of idiots that badger me about the photos.

So yea, add some polymer to jet fuel, and no doubt it will have something other than carbon, oxygen, and hydrogen, maybe some chlorine or fluorine to destroy the ozone layer, and it’s really gonna send the chemtrails folks on a massive group panic attack.

Years ago I read a book about the idea that the Universe was holographic in nature.  I can not remember the title or author but it dealt with the implicate or enfolded order that is not visible to use and the explicit order that is visible.

At the time the idea did not have much intrigue for me but now after several decades of observations and thoughts it does.

I have noticed that many ancient civilizations and present day Shamans come to some of the same conclusions about the nature of reality, even though they use different language and arrive at those ideas quite differently, that seem to have parallels with some understandings of quantum physics.

The Dance of Shiva and Bohm’s idea of a holomovement seem to describe very much the same understanding of the underlying nature of the universe, except the creation and destruction are really just different explicit manifestations of the underlying implicate order.

You have people who take the opposite tact, and believe that everything is a physical manifestation of thought and that thought underlies everything.

My own take, based primarily on a number of what would be described as paranormal, personal experiences, is that it’s not a case of thought affecting matter and vice versa, it’s that they are different aspects of the same stuff, and that as we have free will over our thoughts and can change them, we can also change our material reality.  It’s understanding the relationship between our thoughts and that reality, which often is incredibly subtle, that proves difficult.

A greater understanding of this underlying reality can make virtually anything we can imagine possible.  I think that scares some people and why people in power have such a vested interest in controlling our thoughts. 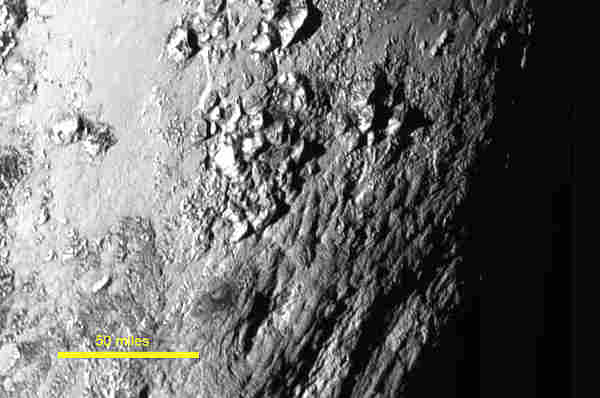 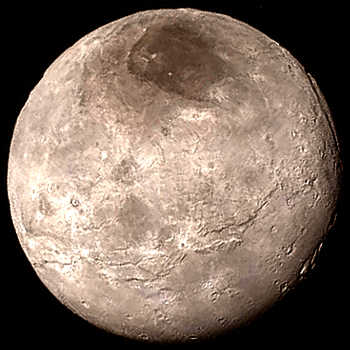 It bothers me that scientific illiteracy exists to the point where something like this can be taken seriously.

Folks, something to know about CERN, even though it is going to produce collisions at higher energies than anything that has ever been done in a man-made collider, those energies are still at least five orders of magnitude smaller than natural collisions that happen in the atmosphere as high energy cosmic rays slam into molecules there.

The person narrating this video obviously has no idea what anti-matter is.  Anti-matter particles have charge and spin that are opposite those of ordinary matter.  Another way to look at it is that it behaves like matter going backwards in time.  There is nothing about it that makes it any wilder than ordinary matter.  However, anti-matter and matter annihilate each other and turn into pure energy when they collide.  That’s why it has to be so carefully contained.

The amount made at CERN or any other facility isn’t sufficient to make any gigantic explosion.  Nor does it have the potential to be weaponized without significantly more advanced containment technology than we have today.  That technology is extremely unlikely to be developed any time soon and if we did develop it, hydrogen bombs will still make more economical, portable, and deliverable weapons so I doubt it would be adopted for those purposes.

Just because we don’t understand something doesn’t make it demonic or satanic or evil, and facilities like CERN help us to understand things.  They shine light on the dark and that’s how you get rid of evil.