There seem to be two groups at odds, one group says we need to kill seven billion people and relegate the remainder to living in economic squalor in order to prevent the entire destruction of our planets ecosphere. UN Agenda 21/2030 and the World Economic Forums plan falls into this category. The other group says drill baby drill, we need to bring the world out of poverty.

What we clearly need is a clean and essentially infinite source of energy, and I am convinced that eventually controlled hydrogen fusion will be developed IF and ONLY IF we don’t destroy our civilizations ability to progress through plans like UN Agenda 21 and 2030 and Klaus Schwab’s World Economic Forums which are basically massive global genocide and posterity programs. If we do follow the paths of these “green” folks, we will never have the resources we need to develop a truly clean and sustainable future, we will only have a very scaled down limited dirty future that will eventually exhaust resources and then we’ll all go the way of the dinosaurs.

I believe there is a third alternative and that is to rapidly grown and use alternative energy sources that may not be sustainable forever but are sustainable much longer than fossil fuels are, while we develop and perfect controlled hydrogen fusion.

I believe a big part of that mix has to be fission reactions, but we haven’t enough Uranium to depend upon scaling up light water reactors, their safety issues and waste issues also make this solution untenable.

Enter the liquid fluoride molten breeder reactor. It can take fertile fuels such as Uranium-238 that is 99.3% of natural Uranium and Thorium-232 which is 3x more abundant in the Earth’s crust than is Uranium, and breed them into Plutonium-239 and Uranium-233 both of which are fissionable fuels that can then burn. Further, it can either breed otherwise not easily fissionable transuranics (the long lived waste products of conventional light water reactors or fission then directly) leaving only short term fission products as waste and living a much smaller waste volume, and most of those waste products have industrial uses.

Liquid Fluoride Molten Salt reactors use a salt of fluorine as the primary coolant and in which the fuel and fertile material to be breed are dissolved, fission products are continuously removed in an on-site reprocessing plant. This allows 100% burn-up of the fuel which is why you don’t have long term radioactive byproducts.

Because the fuel is liquid to start with, melt-downs are impossible. Overheating is also very difficult because the salt expands with temperature thereby reducing the reaction rate so it is thermally self-limiting, but there is a passive safety device which consists of a melt-plug, this is a plug of material which can be melted if fuel temperature rises too high that drains the reaction tank into a much larger tank that is sufficiently large to spread the fuel out enough to stop the chain reaction and to dissipate all the heat generated by the fission products (which is little because they are continuously removed from the liquid fuel during operation) without any active cooling.

Because of the inherent safety of this type of reactor, they can be located near population centers where waste heat can be used for things like building heating and transmission losses are less. Because they generate 1/100th the volume of waste and that waste is not long term, they do not create the million year problem that conventional light water reactors create. Lastly because they can burn the actinides from existing waste, they can eliminate our existing long term nuclear waste storage problems, and lastly because all reprocessing is done on site, there is no danger of a transportation accident releasing radioactive isotopes into the environment.

These reactors are safe because 1) They rely solely on passive safety measures, no mechanical mechanism failures or electrical supply failures can result in accidents. 2) Because the salt used as a medium for the fuel and coolant has a very high vaporization temperature, they do not have to be pressurized like a light water reactor, this makes plumbing failures much less likely, 3) Because they do not use water as a coolant, the water is not split into hydrogen which can then explode like it did in Fukashima. It is said that we could produce 10,000 years of electricity on existing nuclear waste without mining another gram of Uranium, but when we’ve used that up it can use 100% of Uranium not just the .7% U-235 isotope, and it can use 100% of Thorium which is 3x as abundant in our planets crust so even if we increase our energy needs significantly, which bringing the remainder of humanity out of poverty requires, there is plenty of fuel to go many thousands of years and that is plenty of time to complete the development of hydrogen fusion, and no doubt future physics discoveries will give us new options during that time. 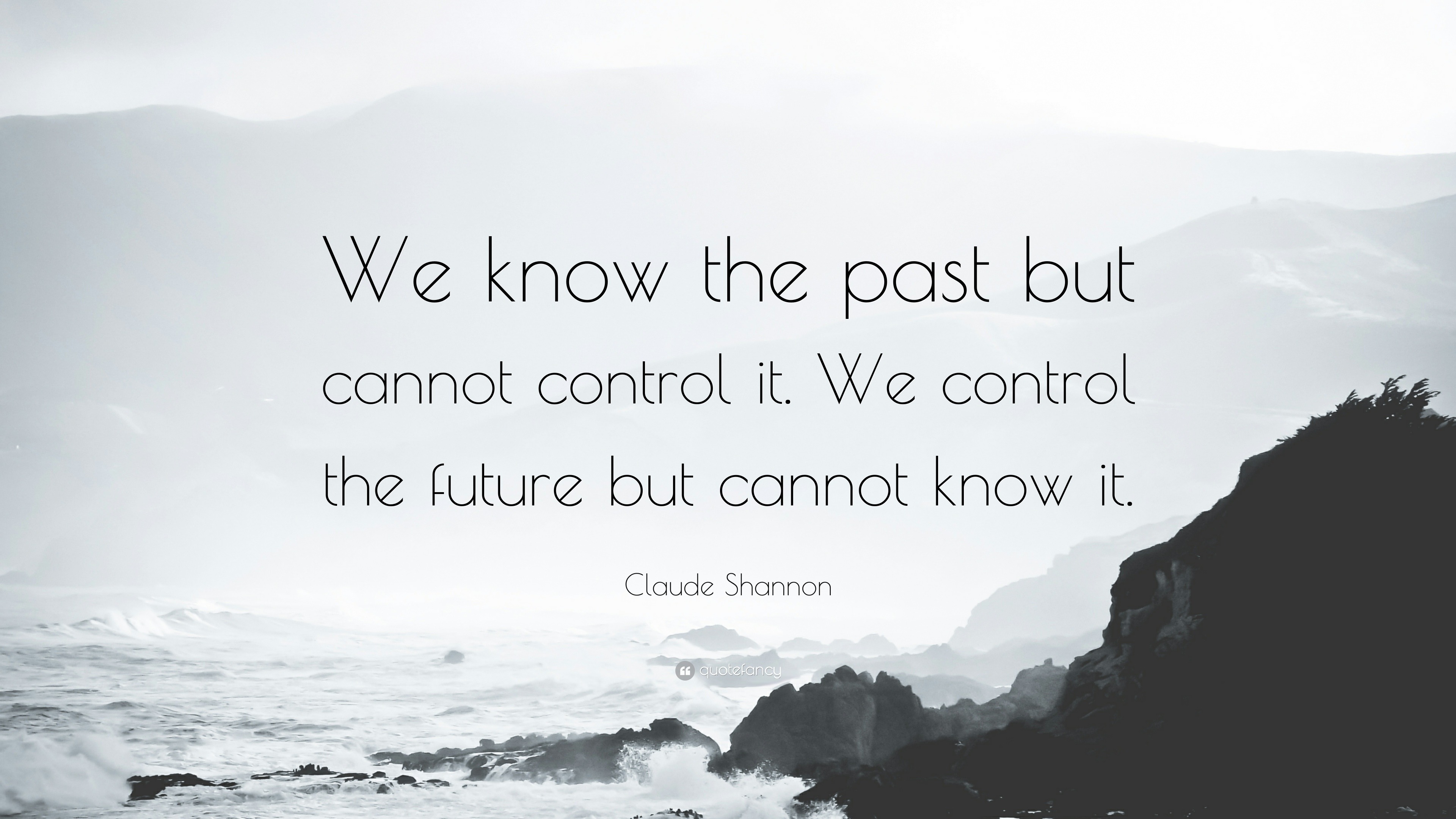 One belief is that time, the past, the future, everything in the universe already exists.  It is only our biological nature that forces our experience of the universe to be one of moving through time with the future gelling and then solidifying into the past.

Another is the more common believe that we exist in a point in time and create the future as we go along through our own decisions.

Even the Bible seems split on this topic, do we have free will or not?  I would suggest to you that free will is merely a frame of reference.  From a reference outside of time, in which you can see all of time, there is no free will, the universe is just fixed, all of past, all of future, and in every direction.  But from our biological perspective absolutely we do.  And so we must make decisions and take actions that create the future we desire. 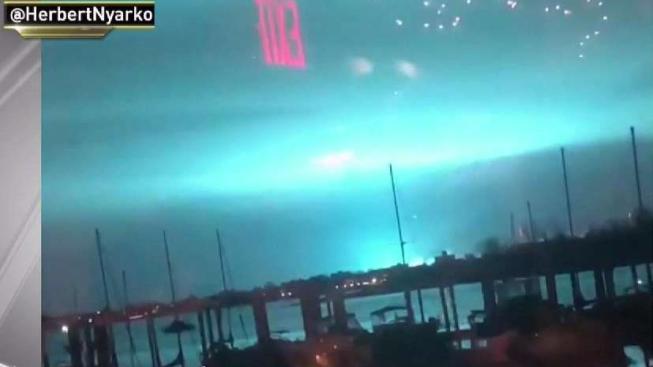 The things in the upper right quadrant of this photo, I happened across a video of this on my television and these things were moving about and flashing on and off before the transformer went which leads me to wonder if they weren’t some sort of electromagnetic pulse weapon.

Last night I had a dream in which my job was to identify abandoned nuclear reactors, fuel rods, waste, for clean-up and .

In the dream, I was particularly looking in Africa because many African governments had created reactors and because they were unstable they were abandoned when the government fell apart or was replaced.

At this point in our history, we had developed a technique for removing waste from soil and most other things and packaging it in a shipping container for treatment.

This is essentially the same as molten salt reactors.  It will not burn Thorium directly as Thorium 232 is NOT fissionable.  So it requires a fissionable isotope of Uranium or Plutonium to get things started.  Thorium 232 then absorbs a neutron to become Thorium 233, and then beta decays to Protactinium 233, which beta decays again to become Uranium 233 which is fissionable.  What is not stated in this video is that these reactors can fission most actinides because actinides are fissionable with fast neutrons generated in these reactors so the waste products that are left are only fission products and these all have half-lives that are short transforming a 500,000 year waste problem into a one or two hundred year waste problem and a waste volume less than 1/100th that of a conventional light water reactor.

Some time ago I wrote advocating tying together the three major US power grids with DC inter-ties. I am happy to see today that that has in fact been done.

DC inter-ties are more efficient over distances greater than about 300 miles,immune to the effects of solar induced or nuclear induced magnetic interference, and do not require the networks be phase synchronized.

This allows load peaks to be distributed over a wider geographical area, flattening the peak somewhat because of the varying time zones.

Wondering why this seems to be happening across Europe today? Islam isn’t new, what is?

If you’ve been following what has been happening in Hawaii lately on the big island, Kilauea has been sending lava through underground channels and then fissures are opening up 25 miles away from the volcano and spewing forth lava.

I can’t help but wonder if there are any connections between the different hot spots on Earth.  If the Hawaii hot spot is becoming more active, does that indicate any changes to come for Yellowstone, Indonesia, Africa and all the other hot spots around the world?