Just got back from the post office.  It is SO dark and gloomy, and not because sunset has happened, rather because the cloud cover is so thick, that some of the street lights have turned on. 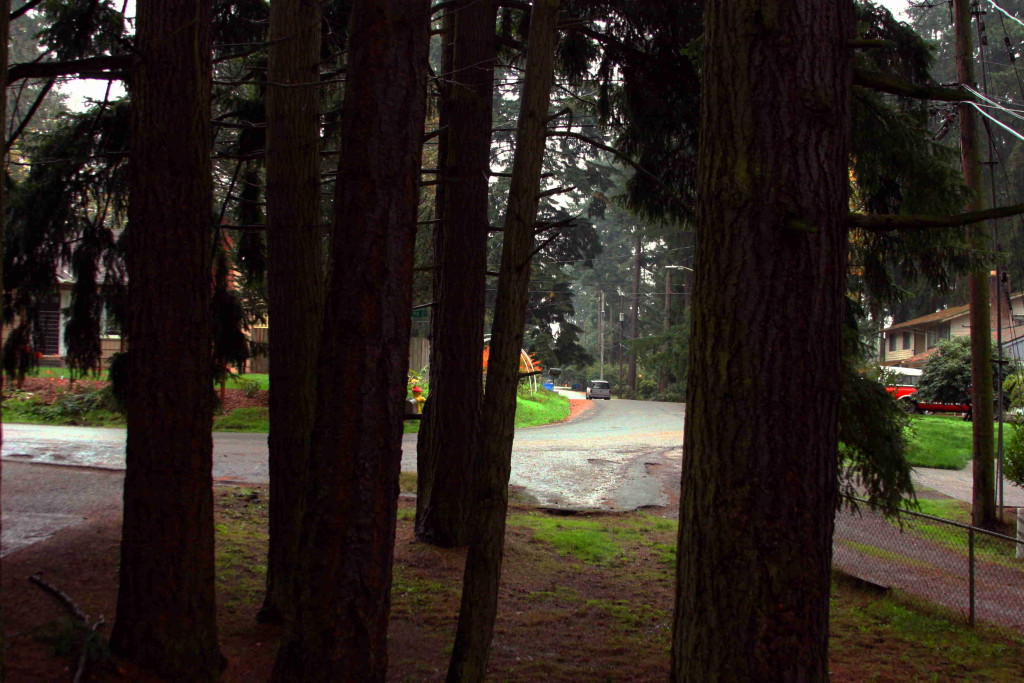 I’ve never had a boil that didn’t self resolve before within a week or two and never any that got bigger than maybe 1/3rd of an inch.  And of those maybe half a dozen in a lifetime.

This monster…  Got to be about an inch, like having an extra testicle embedded under my skin at the crease at the top of my right leg.  Sore and painful.


The Wednesday repacking, the doctor didn’t use any analgesic so it felt like a wasp sting while they were working on it.

Friday they were good enough to shoot some numbing agent, lidocaine I think, into it before they started manipulating it so not painful this time.

After the Wednesday repacking, I bled through the guaze in two hours.  After Fridays hardly any blood at all even over night.  Hopefully that means it’s really starting to heal finally and Monday they won’t have to repack again.

The antibiotics they’ve had me on, 100mg Doxycycline Hyclate twice a day, have upset my whole digestive system.  Fortunately, last pill tonight and I’ll be done with those.  I bought some yogurt in hopes of helping my gut bacteria recover faster.  I’ve read that some people have had diarrhea for up to two months afterwards.  I’d rather not.

All told this has been about a $600 boil.  Maybe it’s just me but this seems like a ridiculous amount of money for a boil.

I look it as both a mental and spiritual exercise.  Mental in as much as the process for little problems is the same as for big so it’s a bit of mental training.  I think the most difficult part mentally is the sheer boredom of it all.  It takes mental energy away from much more interesting things.  And spiritual because if you can learn to trust God with the little things it makes it easier to trust God with the big things, like death and dying, and the loss of loved ones, that are inevitable.

This is a session done at the KEXP studios live by a group called “Wimps”.  I enjoy their music.  It’s simple but honest.

It’s funny to reflect on what RIAA and the record companies were all telling us when Napster came out.  They told us that music would die as the result of free Internet distribution whether it was piracy or groups just making their material available free.

Actually the only threat has turned out to be to their profits which are still exorbitant. The music has proliferated like never before in my life.  There is SO many good artists making great art.  Not only that, but I’m finding out about groups that existed even back then but got no exposure because either the labels didn’t like their politics or they weren’t willing to sign shitty contracts.

Not a new group, but new to me and I’m enjoying them.

Generally, I don’t like bullies, but this group is the exception.

One of the lyrics in this song says, “Feed a beast you leave unleashed, it’ll come right back to you.” It is so true. I had to learn it the hard way.

This film is an exploration of just how far people will go for money, the effect it has on peoples lives, and a bit of comedy thrown in to the mix.

I am interested in finding out the election results for Shoreline City Council.  I haven’t been able to find them anywhere, the State and King County websites both seem to exclude Shoreline Results.

Shoreline Area News, the obvious choice doesn’t seem to have them (probably too controversial for them to cover, instead they have a picture of a split-leaf maple tree, beautiful tree but not real relevant to my life).

Anyone know where I can find the results of the Shoreline City Council contests?

Had to get a nasty boil drained and packed.  This was like a third testicle in a place where it’s always getting crushed.  Antibiotics weren’t working, it wasn’t draining on it’s own.  Now it feels like it’s on fire.  Tape is pulling on hairs.  Just altogether not a pleasant sensation.

There is an independent film on NetFlix right now entitled, “Radio Free Albemuth“.  Most of the reviews were highly negative but I think it’s a worthwhile watch.  I think the reviews were negative because anything that’s not a formula mainstream movie tends to get negative reviews no matter how good it is.

There is a lot of subtle metaphor and references in this film that I suspect was lost on the reviewers and unfortunately will be lost on the majority of viewers, but if you catch the metaphors and other subtle aspects of the film, there is some meat.

It’s not a big production film, it’s small, quirky, and I think worth a watch.  It was hardly deserving of the “R” rating that it got.  I suspect that the ratings board didn’t want young minds influenced in a way that might be a threat to the powers that be.

I finally found someone there who was able to remove the unwanted services from my portal thus enabling me to login without agreeing to 300 lines of incomprehensible legalese.