I am feeling a bit depressed lately and unlike many times past, this time I feel I do have a fair handle on the causes but really no idea what to do about them still.

Last night and tonight, the nerve pain, particularly allodynia, where the sense of touch becomes searing burning instead of touch, has been fairly severe.  This caused my sleep to be highly interrupted.  I lie in bed from about 1AM last night to about 12pm today, got up for 4-1/2 hours and put out any fires that needed attending, then laid down again and went back to intermittently sleeping.

I alluded to having some idea, well there are three components all kind of converging on a sense of hopelessness I don’t know how to get out of or to get around.

First, my childhood was filled with broken relationships.  Both my mother and father worked, and so a good amount of the time as a young child we had baby sitters.  Two of them died, one from smoking in bed, a second from cancer.

At ten, my father left home, initially he stayed with a friend in Seattle then rented a house in Seattle for a while, then moved to Yakima.  While he was in Seattle he had a girlfriend I couldn’t stand.  He would see us once a week but she was always there which means we basically didn’t exist.

So somehow I survived all that, finally fell in love with someone that would stick around, we got married, had four children together and then in that part of my life I felt like I had a whole family again.  It felt good, except I had a great deal of anxiety because I knew it was temporary.

I did some very bad things trying to make it permanent and hurt my daughter and indirectly my youngest son, both of whom I’ve quite successfully alienated.  It also got me 2-1/2 years in state prison.

My oldest son is grown up and moved out for many years and it appears he is getting ready to start a family, at least the nest building stage seems to be under way.

My second youngest son remains with me.  I have a hard time relating to him because he doesn’t relate to the real world all that well, stuck in video game mode.

So the things that are bothering me right now, the impermanence of relationships, the shortening of days as summer ends, and my deteriorating physical condition as I age.

My wife, I talk to her about these things but she does not seem to understand, she seems to accept the changes in life, the loss of relationships, the impermanence of everything, a lot better than I do.

Our dog, I think she gets it.  I don’t know how but whenever I am feeling really low she does come to me and tries to help in her limited way, sad brown eyes staring at me.

I figure I will likely not have a feeling of being part of a whole intact family again until I’m dead and gone from this planet and with God and the angels and the rest of his children.

In the meantime, I’m not sure how to handle life.  I see customers slip away often hearing of their deaths months afterwards.  It would be not so bad if there were a steady influx of new people but that seems to be a trickle at present and I’m not sure what to do about it.

I feel I’ve botched any chance at being involved with the grand children that are of two of my children.  I think by the time they understand it will only be after they’ve had another 40-50 years worth of life experience and by then I’ll be gone.

So I don’t know.  I’m putting this out to you folks, the universe, God, everyone I know and praying that God provides me a direction because right now I feel like a ship without a rudder.  I’m just steaming ahead forward because I know not my destination.

There is one thing I enjoy about Presidential Campaigns and that’s all the fun satirical music.

This is taken from a Kirkland waterfront park on the evening of August 29th, 2016 at about 9pm. I used a combination of flash and natural lighting so that I could capture the waves crashing up against the bulkhead.  The date is wrong in the post header because of a bug in the current version of WordPress.  I have the correct time zone set but it still calculates the date based upon GMT time. 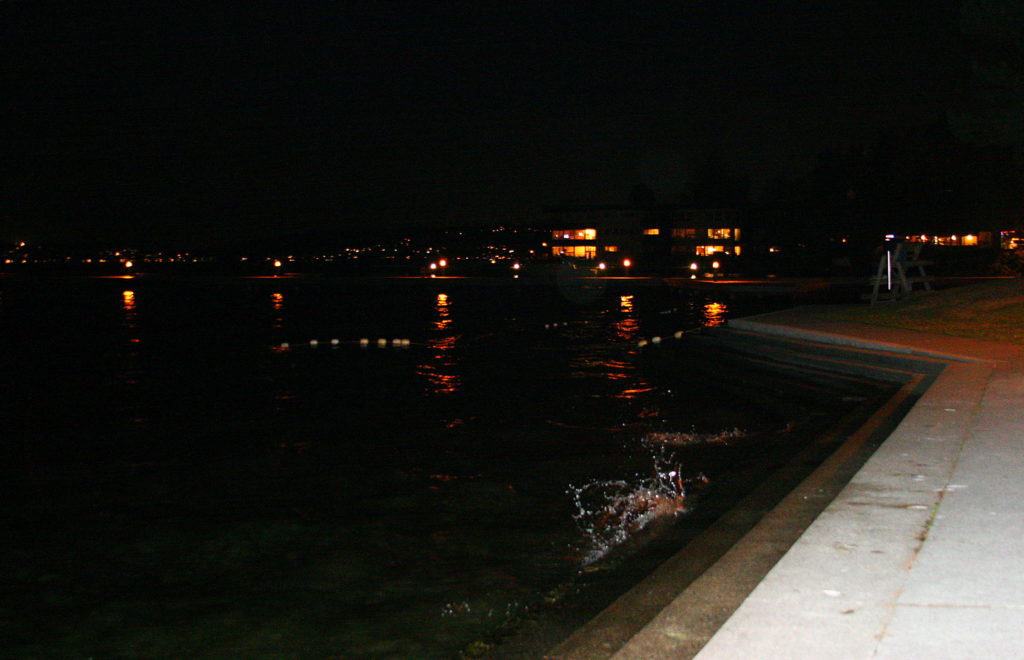 I’m not a big fan of the whole metal genre and BabyMetal is far less than musical genius but they do have a fun stage gig and are exceedingly cute.  They are a Japanese female trio.  They are more fun to watch than to listen to.

They remind me of the Japanese twins in the Austin Powers film “Goldmember”, Fook Mi and Fook U.

Listen to the Lyrics on this one.  Also, this is an acoustic performance which differs from the studio recording both in not having the hard electric guitar but also having a completely different cadence which makes it much easier to hear and appreciate the lyrics.

I resemble this guy. 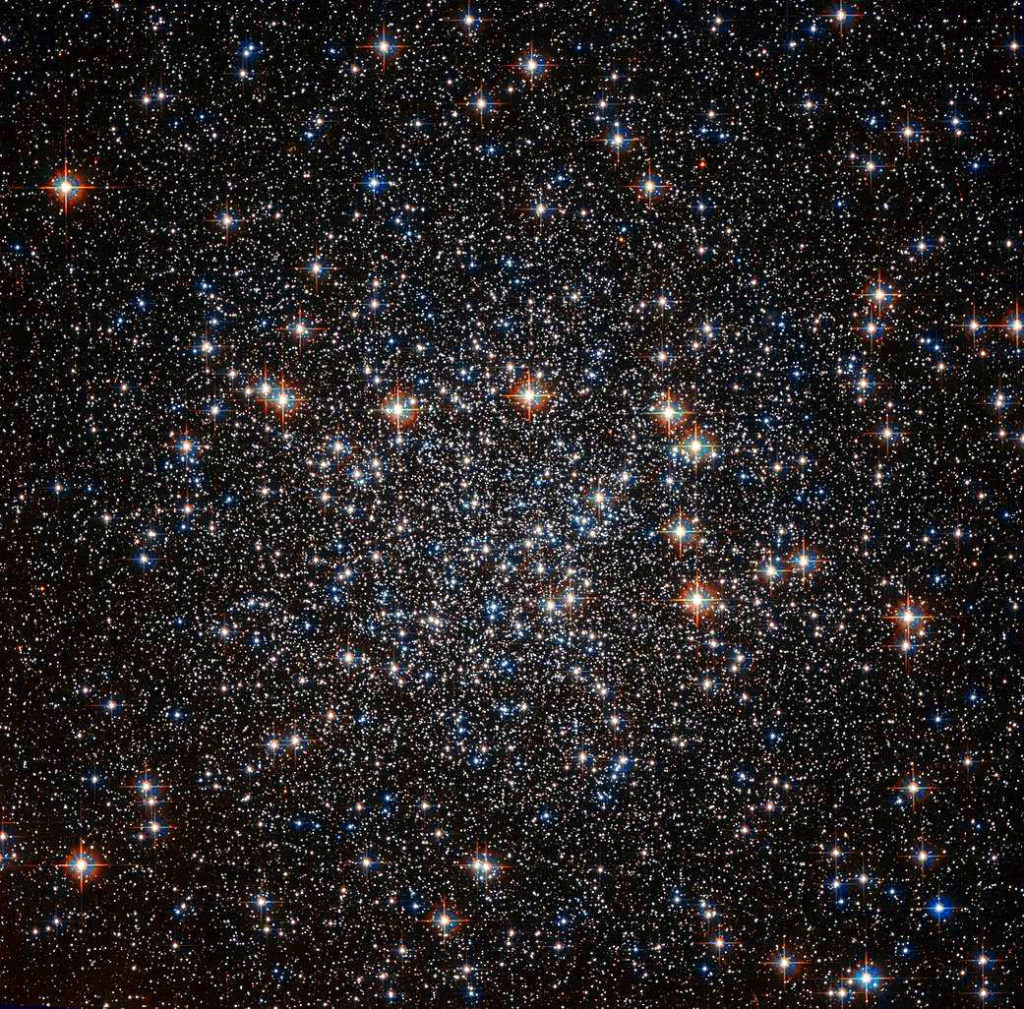 Located approximately 22 000 light-years away in the constellation of Musca (The Fly), this tightly packed collection of stars — known as a globular cluster — goes by the name of NGC 4833. This NASA/ESA Hubble Space Telescope image shows the dazzling stellar group in all its glory. NGC 4833 is one of the over 150 globular clusters known to reside within the Milky Way. These objects are thought to contain some of the oldest stars in our galaxy. Studying these ancient cosmic clusters can help astronomers to unravel how a galaxy formed and evolved, and give an idea of the galaxy’s age. Globular clusters are responsible for some of the most striking sights in the cosmos, with hundreds of thousands of stars congregating in the same region of space. Hubble has observed many of these clusters during its time in orbit around our planet, each as breathtaking as the last.

In this photo taken from the “Hubble Space Telescope mission” section of Nasa.gov, I have enhanced the detail to make the smaller stars more visible so you can better appreciate their numbers. I have also enhanced color to make the stars temperature more visible.

The pain flare-up that started Friday is behaving strangely this time around.  Prior, all of those I have had since Lyrica ended in four hours, not this one, although the period of high intensity only lasted about four hours.

Since late Friday evening some pain has remained in my legs and feet and some allodynia in my thighs and belly.  It is at a low enough level that it does not prevent me from sleeping or working but still it is a constant nagging pain that doesn’t do good things for my overall mood or outlook on life.

Yesterday’s pain flare up is the longest I’ve experienced while using Lyrica.  The intense portion only lasted about four hours, but there is a small amount of residual pain today and significant allodynia on my belly and thighs.

This morning I quaffed another 160mg of tianeptine sodium and six kratom capsules in hopes of smothering what is left of the pain.  Also took 50mg of Benadryl hoping it would help with itching which also persists.

Another fun symptom that I have begun experiencing during flare-ups involving my feet is cramping of toes or at least the muscles that control them.  It seems touching the top of my foot about 2-1/2 inches back from the toes will sometimes trigger these spams as if the sensory nerve information is somehow leaking back into the motor neurons.

Another thing to e-mail my neurologist about.  He is less than thrilled about the amount of feedback he gets from me, he obviously has a very high workload as just scheduling a phone call requires on average 16 days of lead time.  But I am not responsible for his workload, that’s an issue with Group Health policy, their willingness to hire enough staff, and so as much as I don’t like to be a pain I gotta get help with this so I must.

The whole health care situation in this country is abysmal.  More than two weeks just to get a call back, not acceptable but I have no choice.  Rich people they got choices, they can go pay someone $500 an our for a message or whatever, but my finances don’t permit such extravagance.

Today started off good, no pain this morning.

Around 3pm my feet started tingling, by 5pm they were hurting pretty bad.  Now that pain has traveled up my legs.  I am also itching very badly.

My neurologist is aware of my pain but all we do is trial and error with drugs that have proven ineffective for the majority of nerve pain patients.

The most recent experiment is Lyrica.  It is an improvement over gabapentin.  Now instead of most days being bad, maybe 1 in 5 is bad.  Unfortunately for me today is one of those 1 in 5.

The pain episodes have been shorter on Lyrica, about 4 hours has been the longest, I’m about two hours into the serious bad pain part of this one so hoping things will get better soon.

I am with Group Health so not a lot of choices in terms of doctors.  Nor is it possible to see anyone on short notice, they are badly overbooked.

Kaiser is investing in billions of dollars worth of new equipment.  What they really need more than new equipment is doctors with an ounce of compassion.