Lately I’ve been sleeping longer hours than normal and having really intense and often very strange dreams.  Sometimes I feel like I need a rest from my sleep they are so intense, today was one such day.

Today’s dream I was set in a world where all food production was indoors inside of factory farms.  These farms had no human workers, everything was done by highly advanced robotics.  Lighting was artificial.  I don’t know what we were doing for energy but it was obviously abundant.

These factory farms were often underground and many floors allowing the surface of the planet to be close to it’s natural state.

Crime was a big problem with very conventional guns.  Criminals often carried machine guns, I had a semi-automatic pistol.  There were people who wanted to kill me for reasons which were not apparent.  I felt I had an advantage in a one-on-one with the pistol because it was light, I could aim and fire faster than someone could aim and fire a machine gun and it was usually the first bullet that counted.

I used to dream of more ordinary day to day things.  Not sure why my dreams have taken this turn to the bizarre recently.  Probably just a brain tumor or something similarly inconsequential.

Last night my dreams took another strange twists.  Lately I’ve frequently dreamed of being other people, and I did have one of those last night as well, but the new thing is for the first time ever I’ve dreamt of being a different species or sex, I dreamt I was a female fish.

It is odd how natural the experience felt.  Swimming around in water, oblivious that there was anything but water, but aware of the fact that some areas that used to have my species now didn’t and wanting to fix that.  My level of thought was simple but not non-existent as I would have expected for a creature with a brain the size of a pinhead.

My being someone else dream last night involved being a student in a completely different school system.  Core skills were taught at a very young age.  By the time you got into high school you were completely free to study whatever you wanted.  It was a totally open campus, not a youth jail like today’s schools.  In the dream the degree of choices available was somewhat overwhelming, as opposed to the amount of requirements in the existing system.

I think the educational system I experienced in the dream would actually be a good way of doing things, instead of turning out a bunch of robot clones it would turn out students with highly developed unique skills.

Lately my dreams have been as if I’m living two lives, my waking life and my sleeping life and it is becoming such that my sleeping life is more vivid and detailed and is seeming more real than when I am awake, although I am still readily able to recognize the difference.

I would like some guidance from God, and if not God then angles, and if not angles, then little gray men (or whatever) extraterrestrials, and if not ET, then my higher self if such exists.  I am so out of touch with it I’m not sure anymore.

Comcast  – I pay for a business package, this includes 16mbit/s Internet, 2 phone lines, and television service. Only I’ve never received television service because they say they can’t provide it to me since I run my business out of my home, but yet every month they still bill me for it and numerous calls to their customer dis-service department has not resolved this. Additionally, the internet service includes a business portal where I can do things like access voice mail, and block selected numbers so I can cut down on insurance sales calls and the like. Lastly, the Internet service is supposed to provide access to all of their wifi hotspots and this service used to work. It has not worked since they discontinued Office Email free, I never used office mail and don’t give a shit about it but did use the wifi hotspots and do care about that. Now they want me to switch packages to get that. Bullshit, I want what they agreed to provide me at the price they agreed to provide it but they are unwilling to do that. Today, I tried to login to my business portal but I can not unless I agree to a contract for cloud services which I neither use nor want, I provide my own cloud services and do NOT need theirs, mine are secure, but I can not access the services I have already paid for unless I agree to this which I will not. I have spent more than two hours unsuccessfully trying to get a hold of a customer service representative at 1-800-391-3000 unsuccessfully, probably because of all the other people they’ve fucked over. Today I filed complaints with both the FCC and the WUTC, and I would encourage others to do the same.

I had two dreams last night of being on board human built interstellar capable craft last night.

In both dreams I was an engineer on the ship.  One, I was a crew supervisor but it was very hands on.  I worked on problems like the other crew members but also handled scheduling, discipline, etc, for my crew.

We also had something like a Star Trek teleporter only owing to reliability problems it was generally only used for goods not people.

In the first dream the teleporter was not working, again, and after spending several hours troubleshooting and getting nowhere, I finally took a phaser like device and turned the whole thing into slag and told the captain he would have to order a replacement.  It was an old model and the newer technology was much improved.

In the second dream, someone who was a supervisor at a telco I worked at a couple of decades ago, Bill Cope, was also a supervisor on the ship, he was a 2nd line, I was a 1st line with the engineering crew under me.

Bill came to me with a rather strange request, he wanted me to task my crew with writing a letter that basically lists things which might encourage seditious activity.  I told him honestly this was hard for me to fathom as I had never had a job I enjoyed more than this one.

I also had an issue I brought up with him, two of my crew members had been quarantined with no explanation.  I wanted an explanation because certainly they’d be more tolerant of being locked up in quarters if they knew why.  I was told it was feared they may have picked up a disease from a planet we recently visited.  The disease would present itself within 15 days if they were infected.  The reason they were not informed was the disease was sexually transmitted and they did not want peoples private matters getting around the whole ship.

I have not watched Star Trek since I last burned through all the episodes of the original, next generation, and deep space nine.  Did not care for Captain Janeway so avoided that series.

I think someone should make a fabric out of Kevlar fibers coated with Teflon for use in furniture.

For people with cats, the Kevlar fiber cores would give the fabric resistance to cat claws.  The Teflon coating would prevent hairballs from sticking.

It would also be good for Mafia types.  If they have to shoot someone sitting in a couch the Kevlar would prevent any bullets that went all the way through the body from ruining the fabric and the Teflon would make the blood clean up easy. 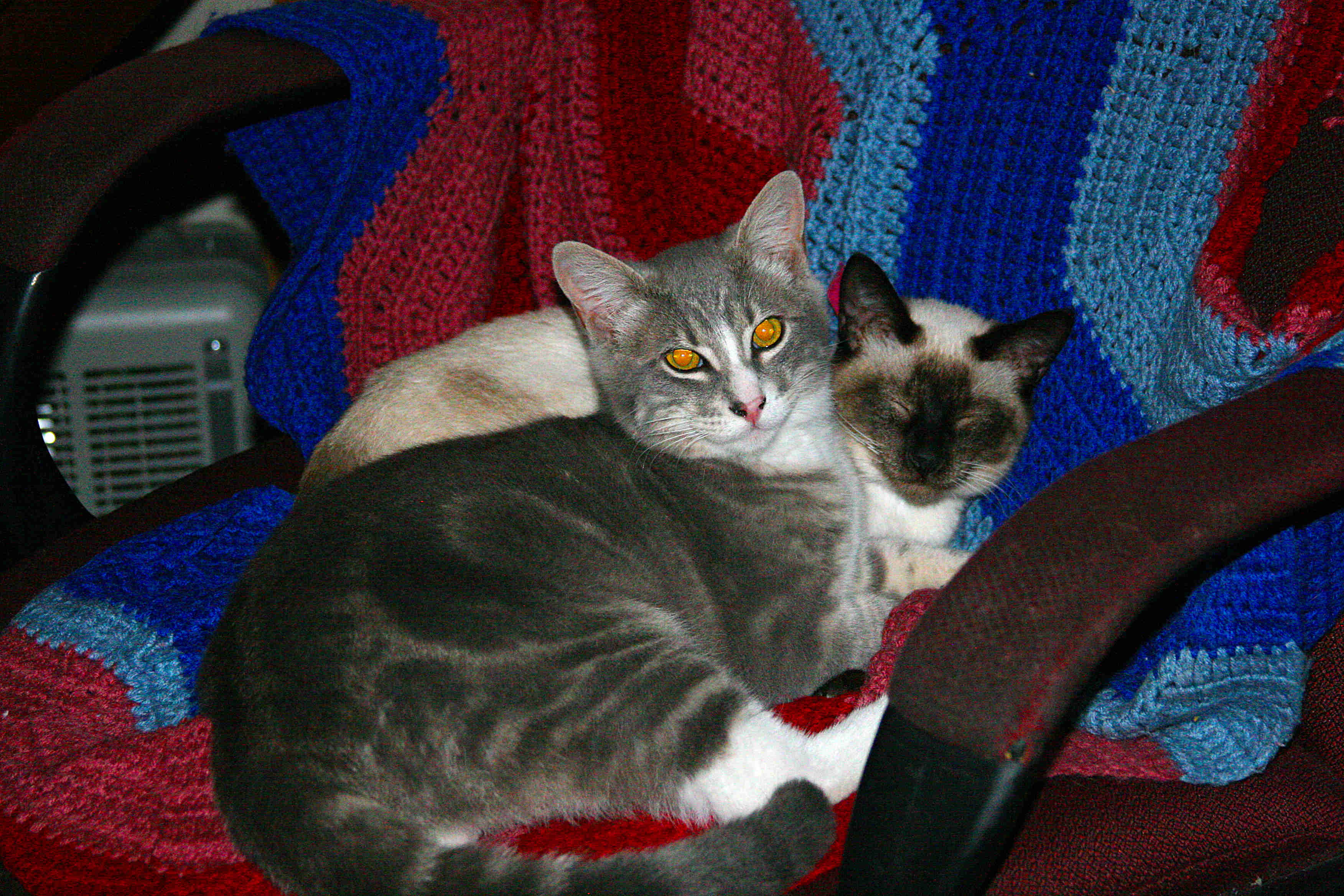