Boats and houseboats along Lake Union and reflections off the water at night. 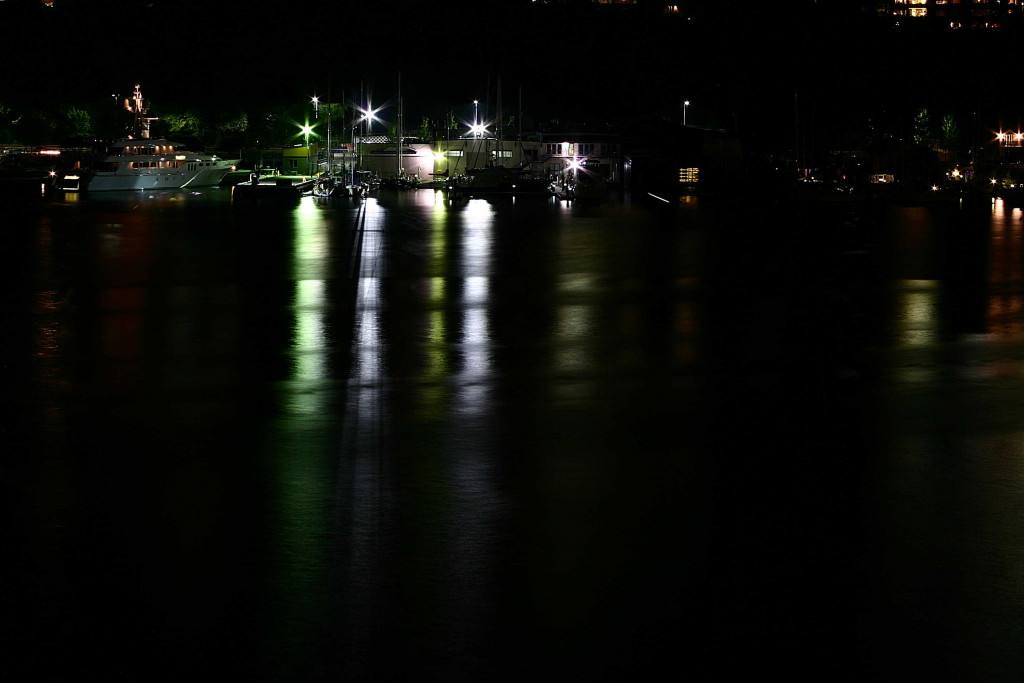 It’s been almost 100 years (95) since the start of Prohibition in the United States, 82 since it ended, and we have to ask ourselves, did we learn anything from it?

When prohibition was enforce, we had big gangs using automatic weapons, Speakeasy’s where you could go and drink, moonshiners making their own distilled alcoholic beverages, and liquor runners transversing the highways at high speeds to deliver contraband to distant markets.

Today, we’ve got big gangs, often with automatic weapons, rave’s where you can go and do drugs, meth labs making crystal meth, international drug runners bringing in heroin and cocaine, people getting AIDS from shared needles, people overdosing because the quality varies thus dosages are hard to determine.  The substances are different, the results are the same.

The thing that makes illicit drug sales profitable to the point where competition amongst suppliers results in violence and murders, is their very illegal nature.  While decriminalization might make the problem more visible, it is only in the light of day where a problem is visible that it can be effectively dealt with.

With the present status quo, those who want to get off of substance addictions face prosecution if they seek help.  With decriminalization, those that want help can get it. Those that don’t at least can be managed in a way that minimizes risk to the public and themselves.

This is looking West from the big hill in GasWorks Park.  You can see the Aurora bridge, also where the police have their boats docked.  They took one of them out for a cruise while I was there.  Turned the lights like they were pursuing someone but they weren’t, just had to disturb the peace a little but fortunately it didn’t alter the mood much and was brief. 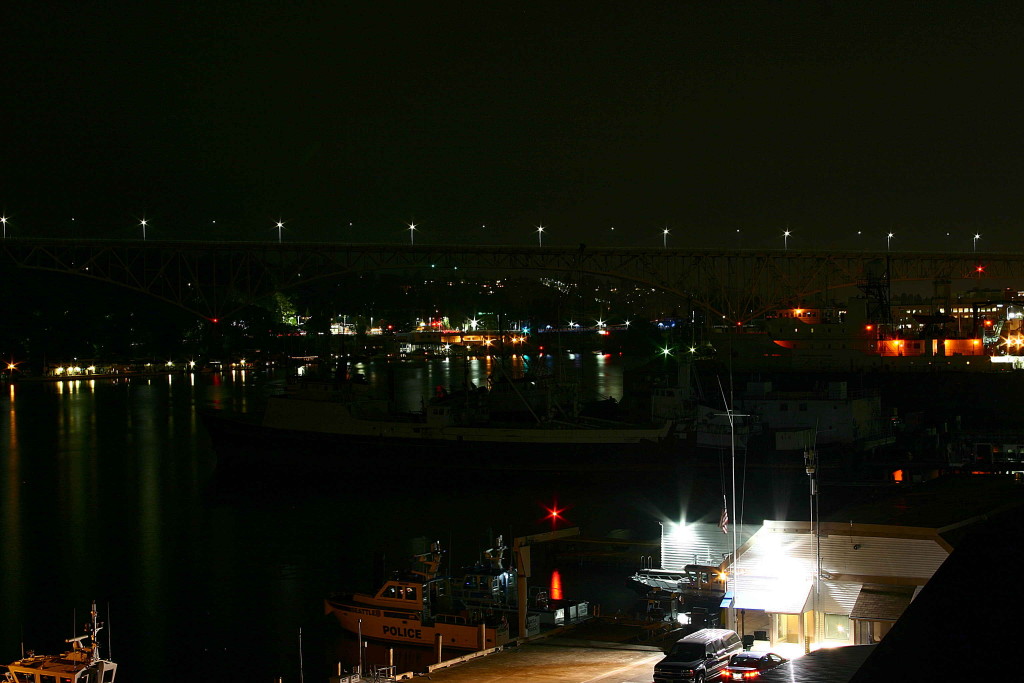 Anybody that has listened to the Dori Monson show on KIRO lately has probably gotten the idea that Downtown Seattle makes The Bronks or East Los Angeles look peaceful and highly livable by contrast.

As a 56 year resident of Seattle area, 25 years of it in Seattle, I’m really tired of hearing his diatribe.  Today he made the comment he feels safer walking in downtown Manhattan than Seattle.  Dori, if you’re out there, I invite you to MOVE TO MANHATTAN!  I for one will not miss you!

I worked for 17 years in Seattle, most of it on 3rd Street between Union and Marion, and part of the time on Terry Ave and Steward Street.  Much of that time I got off at midnight and took the bus home.  The only time I’ve ever been assaulted was by a schizophrenic bag lady who punched me in the shoulder as we crossed the streets in opposite directions.

Dori is all concerned about the evil marijuana smokers in the Westlake Mall area.  I’ve never seen anyone get violent from smoking marijuana.  A much greater threat is the drunks coming out of all the taverns in Pioneer Square.  Still if you leave them alone and don’t start an argument, it’s unlikely you’ll have any problems.

Dori seems to want to turn Seattle into even more of a police state than it already is.  At the same time he doesn’t want to have to pay any taxes to pay for it all.  It seems to me mostly want he wants to do is get rich bitching about it.  Again, Dori, I invite you to move to Manhattan where you feel safer.  We’ll get alone just fine without you! 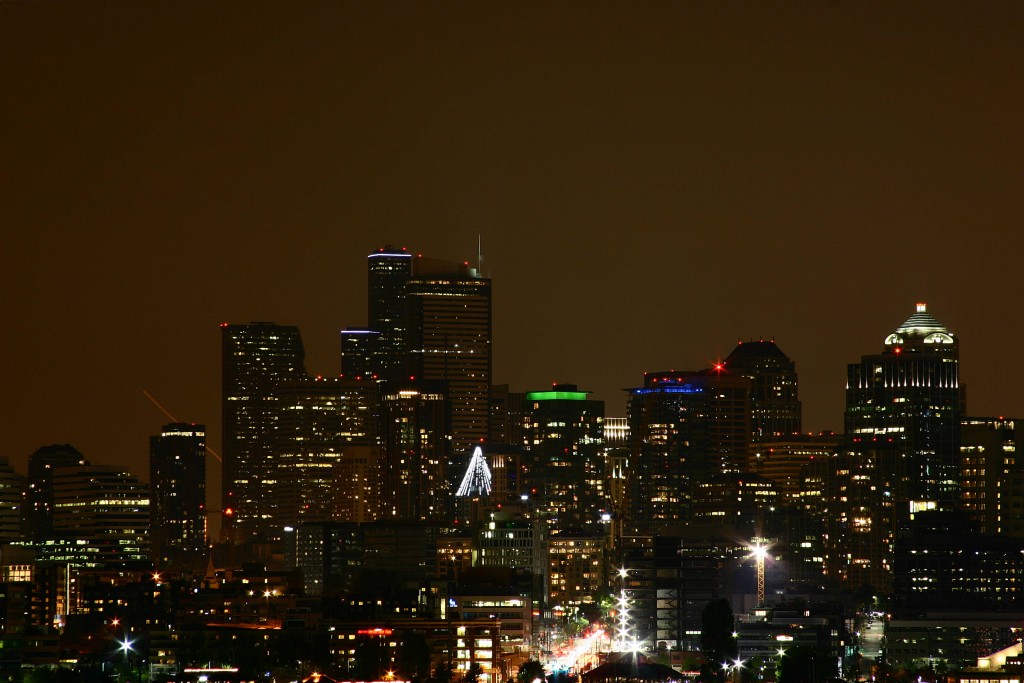 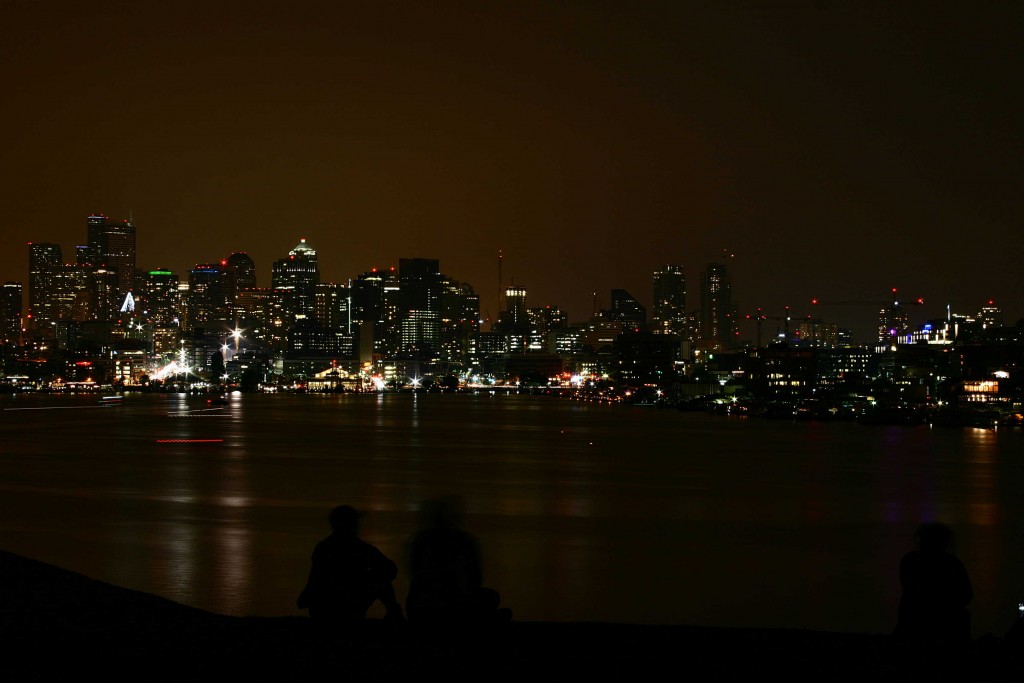 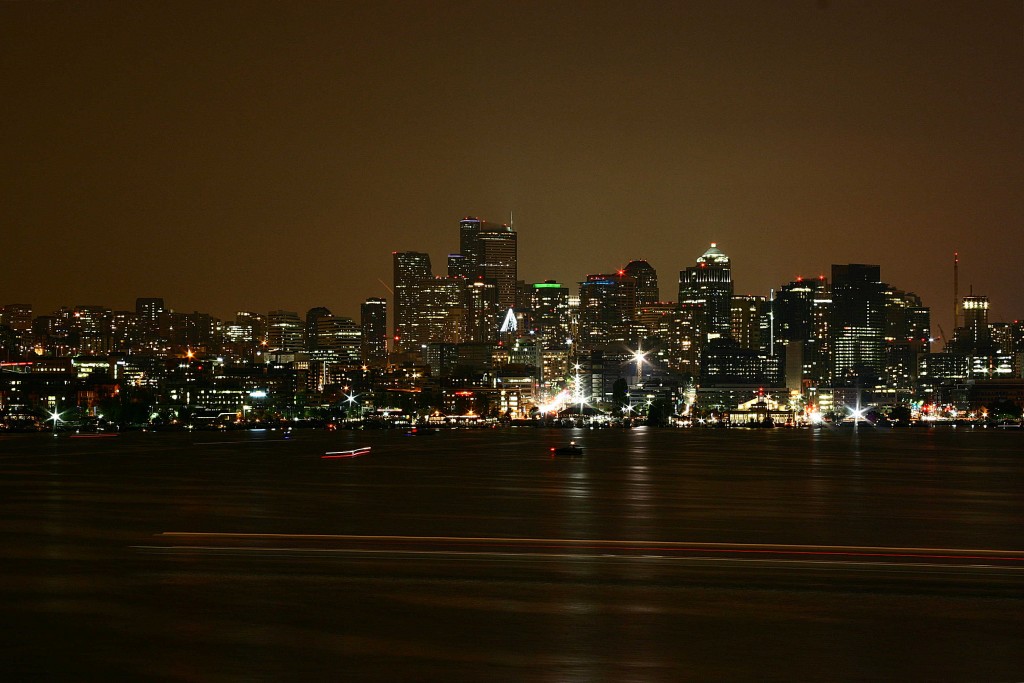 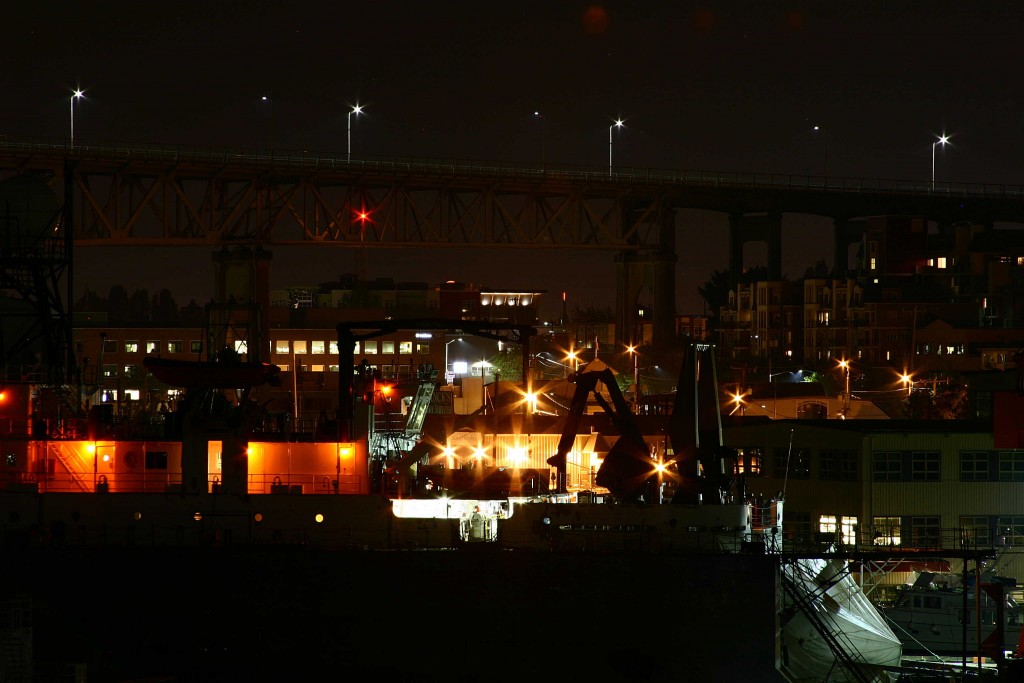 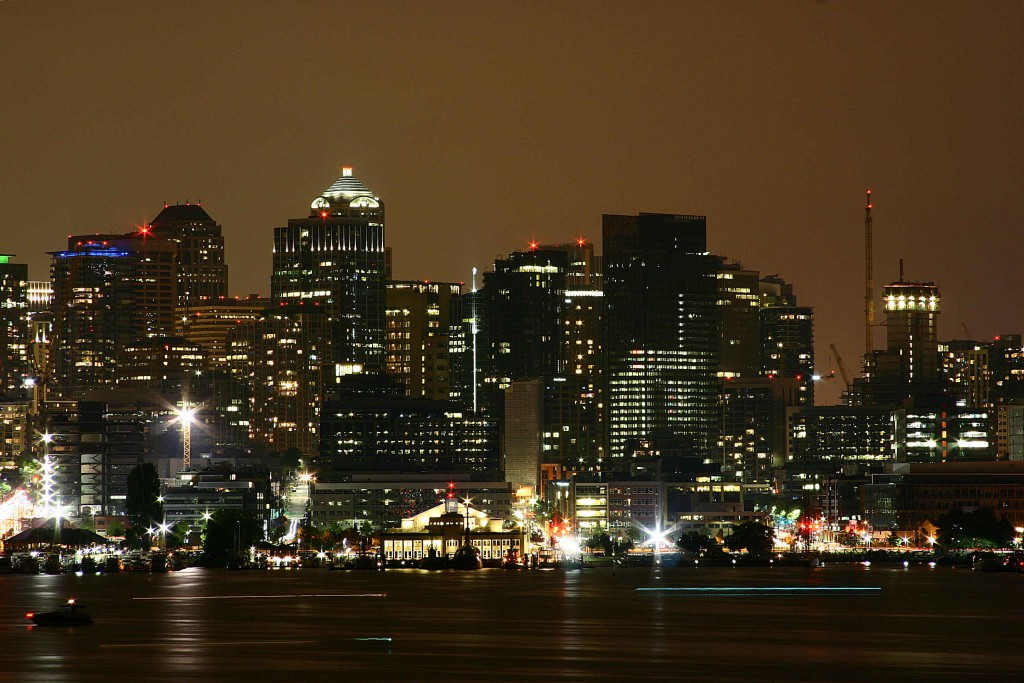 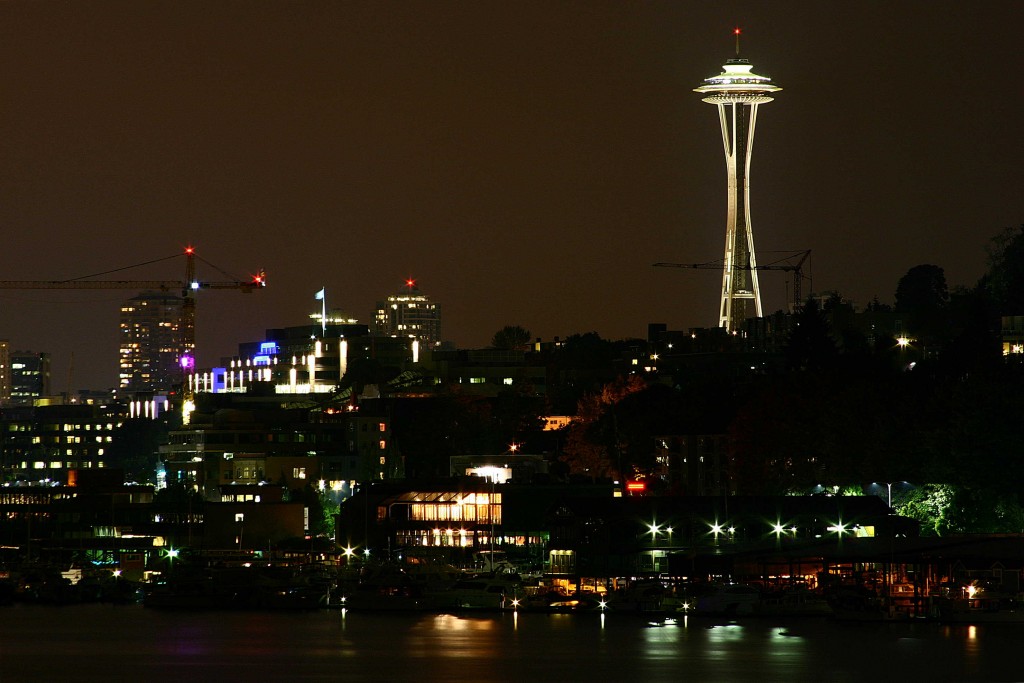